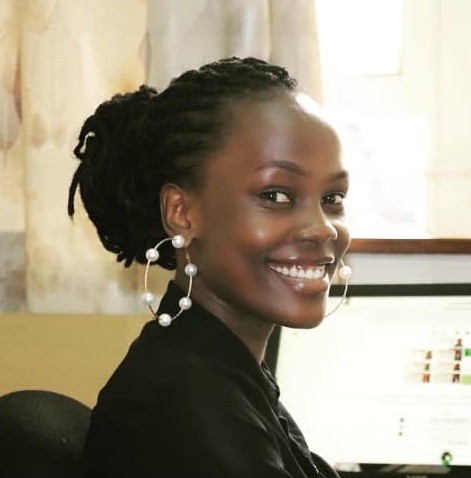 What comes to your mind when one talks about “A GIRL”?

One can say an individual who contributes to the continuity of the human race on earth, but that’s not all. Women/girls contribute to more than half of the earth’s population, which means that they are more than half of the world’s potential that drives global development. This statement alone brings about the impetus as to why every human needs economic independence.

At 9 million, adolescents make up a quarter of the population in Uganda. Yet life is harsh for many. Poverty, HIV and AIDS, early marriage, teenage pregnancy, gender-based violence and low participation in secondary education make it difficult for young people to fulfill their potential- UNICEF reports.

Despite the fact that a number of policies have been put in place for adolescents, more challenges are still mounting and enlisting very big threats on their sexual reproductive health, education and economic independence

Given the nature of our society, to some people, gender equality in terms of economic independence is some sort of disrespectful ideal that simply empowers women/girls to become disobedient.

The dawn of time had predetermined the position of a woman in society to be subordinate to her male counterpart and have built a mentality that adolescent girls are ready for anything.

Because of this, women and girls have been toiled on, pushed to the side, systemically disempowered, and oppressed forgetting that it is a fundamental human right to enjoy gender equality.

It’s almost two years now into the COVID-19 pandemic and the effects are threatening to undo decades of investment in girls’ and women’s access to education, economic opportunity, and safe reproductive health. When disasters, conflicts, and other crises similar to COVID-19 occur, women and girls often suffer the most. The girl child experiences violence, sexual abuse, neglect, and exploitation, all of which have a devastating effect on their lives. Far too often, the structures and systems meant to protect the girl child against abuse are rendered less effective in times of emergency.

Considering adolescent health on the side of the girl child and the many challenges surrounding their growth, and according to the ministry of health, 25% of Ugandan teenagers become pregnant by the age of 19 and close to half are married before the age of 18, Maternal delivery before the age of 25 being at 54% what does this mean?

Furthermore, our health facilities are not yet well placed to take on existing demands, yet young people are still facing stigma such cannot be addresses because there is a lot of biases from our healthcare providers.

We all know the list of horrors that girls around the world face, from deliberately being kept out of school, getting married off at a young age, getting trafficked into the wilderness, and often becoming young mothers. Unfortunately, these horrors are accompanied by shame and stigma which continuously hinders the girl child from performing to their full potential.

The situation gets overwhelming when young girls are only groomed to become loving mothers and wives and forced to believe that they are living in a male world where they have to be total dependents.

The UN Sustainable Development Goal 5 states that gender equality has to do away with all forms of discrimination against all women and girls everywhere and violence against them in the public and private spheres, including trafficking, sexual and other types of exploitation.

According to UNICEF’s report on child protection, 51 percent of the child population worldwide is believed to be vulnerable. Girls, in particular, are at risk of early marriage, teenage pregnancy, and female genital mutilation/cutting. This is very strange to have to list reasons why girls are to some extent ignored, looked down at plus being considered very weak. This breeds early pregnancy and further pushes them to repeated pregnancies all through.

Isn’t their humanity enough? Should we not just value them and invest in them because they’re citizens of our communities?

As we rebuild in the months and years ahead, the question I keep returning to is how we can create a world with a stronger foundation; one that is more equitable for girls. It starts with taking the power of girls and young women seriously. If girls and women achieve equality and empowerment, are valued by their families and communities, and have viable pathways to quality education, sexual reproductive health, employment, and full participation in civic and political life the world will become a haven for them.

Although this might seem obvious, culturally, we continue to treat girls and their interests as frivolous, not yet fully formed and so not yet worthy of being taken seriously.

Elevating girls should be one of the best investments that we focus on in our collective plans. It’s a driver of economic growth and crucial to the well-being of communities. Their education and providing life skills (vocational training) are one of the most cost-effective strategies to tackle economic independence.

During the during a recent adolescent health webinar organised by the Makerere University School of Public Health with support from USAID, Dr.Anne Sizomu from UNFPA (Uganda), said there is need for meaningful engagements to co-create and find messages that suit young people and this should be strengthened by all stakeholders. Economic empowerment is important as well and this cannot be done through one agency.

Thus, a multi-sectorial approach is needed towards addressing youthful challenges, access to information, legislation and funding because these are all key aspects in the fight against adolescent health challenges.