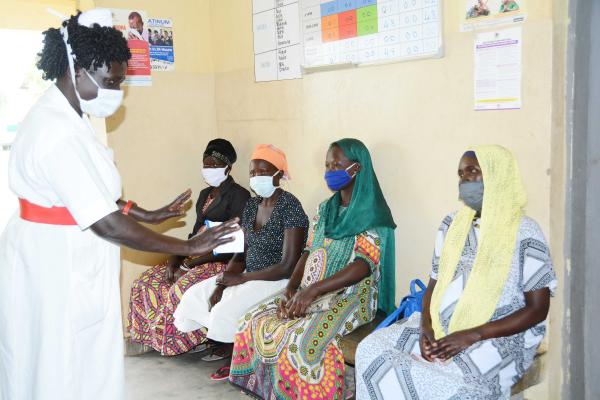 Antenatal Care services, the use of insecticide-treated nets (ITNs), and intermittent preventive treatment in pregnancy (IPTp) have been recommended as cost-effective interventions for malaria prevention during pregnancy in endemic areas.

However, the coverage and utilization of these interventions during pregnancy in sub-Saharan Africa is still poor.

Pregnant women are a high-risk group for malaria and may have adverse consequences if infected and this has been made worse with the poor attendance to Antenatal care services (ANC).

In Uganda, the prevalence of malaria is still high and this infectious disease is responsible for about 65% of maternal mortality, and 60% of spontaneous abortions among pregnant women.

While presenting on one of the weekly webinars of Busoga Health Forum, Dr. Jane Nabakooza, a pediatrician and public health specialist at the Ministry of Health pointed out that the demand and utilization for Antenatal care services in the country were still very low.

“We see that ANC attendance in the 1st trimester at country level is 32.8% while the proportion of pregnant women that attend at least 4 times is 50%, and yet all the other interventions like intermittent treatment of Malaria in Pregnancy delivery and mosquito net delivery entirely dependent on this platform.”

Several studies have also found that women do not necessarily follow the recommended four-visit ANC schedule. Research has shown ANC is initiated late during their pregnancy or visits infrequently, there will be limited opportunities for the provision of subsequent doses of intermittent preventive treatment in pregnancy hence increased numbers of Malaria in pregnancy cases.

According to the Ministry of Health facility data on malaria in pregnancy, the Busoga sub-region in Eastern Uganda has one of the highest malaria prevalence rates among pregnant women in the country with 32.0% by February 2022.

“If the ANC uptake is operating at these low levels, we shall definitely remain low on fighting malaria in pregnancy-related cases,” added Dr. Nabakooza during her presentation.

“Ideally, we are meant to rely on the malaria focal person and assistant district health officer for maternal and child health. Are these two speaking to each other, do they know their roles and responsibilities in managing malaria in pregnancy?” she added.

Other factors included imbalances in stocks for malaria in pregnancy preventive commodities which Dr. Nabakooza confirmed have improved greatly.

Additionally, the knowledge gaps about the updated malaria in pregnancy guidelines by the frontline service providers and the missed opportunity to document the mothers living with HIV that are on Cotrimoxazole yet are also protected.

However, not all pregnant women attending ANC are eligible for intermittent treatment of malaria in pregnancy It should not be provided to women in the first trimester or to women who are HIV positive and taking co-trimoxazole prophylaxis.

Equally important is the attitude of the Community Health Workers (VHTs) and health practitioners towards malaria and malaria in pregnancy which has been seen as poor as well as lack of prioritization of the Prevention of malaria.

Such challenges and gaps contributing to the increased malaria in pregnancy cases need to be addressed which in turn are likely to increase the utilization and demand of ANC.

Furthermore, there is a need to strengthen community engagement and involvement and Introduce community intermittent treatment of malaria in pregnancy and pregnancy mapping, linkage to antenatal care, follow-up, and referral.

Community sensitization on the importance of early ANC attendance and retention in ANC.

Globally, Malaria in pregnancy is responsible for 10,000 maternal deaths per year. In sub-Saharan Africa, it accounts for 20 and 11 percent of stillborn and neonatal deaths, respectively.