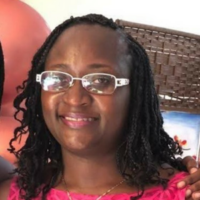 Uganda still grapples with the burden of HIV despite the efforts put in place by the ministry of health to eliminate the preventable disease.

It is sad to note that of the patients, children are mostly affected having gotten infected by their mothers during pregnancy, delivery, and breastfeeding.

Syphilis and Hepatitis B are also a big challenge since they are also easily transmitted to children from their mothers.

Mother-to-child transmission of HIV accounts for up to 14 percent of all new infections in Uganda.

While presenting during one of the Busoga Health Forum weekly webinars, Dr. Linda Kisaakye, the Senior Programme Officer, prevention of mother to child transmission (PTMTCT) at the Ministry of Health, pointed out the efforts in the ‘move towards the elimination of Mother-to-child transmission of HIV, Syphilis and Hepatitis B.’

However, according to Dr. Kisaakye, the number of maternal syphilis cases is high with over 661,000 congenital syphilis in 2016 and 200,000 stillbirths and neonatal deaths.

It is estimated that 2 billion people are exposed to Hepatitis B infections worldwide, with an estimation of 257 million chronic cases. According to UNAIDS, Sub-Saharan Africa accounts for 27 percent of Chronic Hepatitis B.

More than 95 percent of Hepatitis B infection is acquired perinatally.

The goal of the prevention of mother to child transmission is: to ensure the reduction of MTCT by 95 percent by ensuring coverage of testing HIV, Syphilis, and Hepatitis B services, to ensure there is no unmet need for Family Planning among women living with HIV, and to ensure treatment, support, and retention in care for all mothers that have HIV and Hepatitis B.

Dr. Kisaakye said that the transmission risk factors occur during pregnancy, during labor and delivery, and breastfeeding.

During labor and delivery, the duration of membrane rupture, acute infection of the placenta membranes, and if a mother has severe clinical disease among others.

With breastfeeding, the breast milk viral load and recent HIV infection among others are responsible factors for transmission.

In this fight, proper natal care such as adhering to HIV treatment before during, and after pregnancy, antiretroviral prophylaxis for the mother during pregnancy and labor, and getting tested and treated for any Sexually Transmitted Infection is very key.

As an intervention, the Ministry of Health has scaled up services to over 3600 facilities across the country, trainees, and re-trained health workers as needed and in line with policy changes, worked with leaders across cultural-religious, and political areas for program advocacy among others.

Despite these interventions, the Busoga region is still lacking in PMTCT performance.

This is catalyzed by the high rates of teenage pregnancy as a result of school dropout, illiteracy and poverty, low utilization of services, less male involvement, and less follow-up due to self-stigma and denial.

Dr. Kisaakye pointed out that mothers come late for Antenatal care, quite a number of them are not retesting for HIV and are not testing for syphilis and Hepatitis B.

“Male involvement is not doing well yet we know that they are more likely to fully access sources and be retained in care,” she added.

Dr. Kisaakye reminded the participants that every child deserves the right to start a life free from HIV, effects of syphilis, Hepatitis B, and any other transmissible disease.

“All of us should somehow stand up and be counted and work together to ensure that we put a smile on the children’s faces: especially when they are free from preventable diseases.”

Globally, about 90 percent of children get infected with HIV, Syphilis, and Hepatitis B.